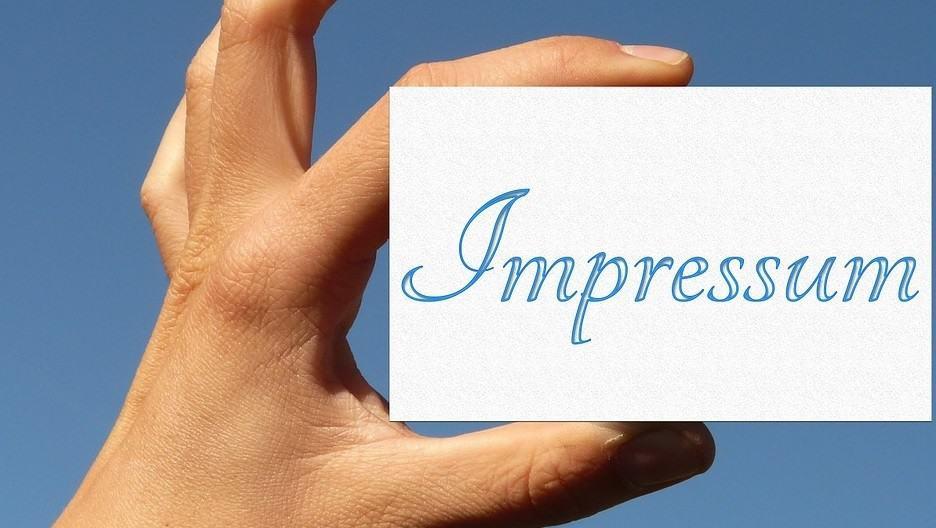 Content Hide
1 What should be considered when integrating the imprint?
2 Better not to take a risk
3 For private accounts, no imprint obligation
4 Also for gaming streamers

What should be considered when integrating the imprint?

Based on yesterday’s article on the subject of imprints in social media accounts, I have received a few questions and would like to point out a few extra stumbling blocks.

For example, it is important to ensure that, according to Section 5 para. 1 Telemedia Act must be easily recognizable, immediately accessible and constantly available. In principle, this means that it can be quite a problem if, for example, Twitter, even if only in the mobile view, shortens the URL. Strictly speaking, that would not be enough. The same applies, of course, to the use of a URL shortener. Even if we are not aware of any verdict on this, we simply should not take any risks here. However, the designation was already part of legal proceedings: the term “info” and/or “information” was not enough for courts, for example. If you specify the word “imprint” as a hint before the URL (e.g. in the short description of Twitter, etc.), a URL shortener may also be used.

Better not to take a risk

Many people who talk about imprint duty find it difficult to understand these requirements. However, I can only advise against playing at risk here. A warning would not only be uniquely expensive (especially if you react wrongly), but would also lead to an injunction claim by the opponent. This would apply to all so-called core-equal injuries and would apply for 30 years in case of doubt. Moreover, such an obligation to injunction would be linked either to a compensation clause or to threats of fines. This may result in a missing imprint on Twitter leading to a competitor being able to claim a missing imprint (even if accidentally) on Instagram with possibly 5,000+ euros in damages in may 5,000+ euros in may have been claimed in 5 years. That gives a nice surprise.

For private accounts, no imprint obligation

In addition, it should be noted once again that the imprint obligation is in fact only excluded if it is a purely private social media account on which cat pictures or the like are published. By no means does an imprint have to have only a trader, an online shop, an influencer or a company available. Even if you generate revenue on YouTube, Twitch or similar portals, an imprint is mandatory and section 5 TMG is relevant. Of course, this also applies to esports teams, casters, investors, marketing people or other service providers who maintain their Twitter account, their Xing or LinkedIn account or other social media channels in order to possibly generate new customers/orders or to serve customers and the like. While one can assume that 90 of all websites need an imprint, and these are also widely used there, these are rather the exception for streamers, professional esports players or service providers on Twitter, YouTube or Twitch. And as shown above, the risk is enormous. Even if one certainly cannot speak of a wave of warnings at the moment, I see repeated warnings on this subject and can quickly have a law firm that is doing business with some clients here and sending such warnings in droves. The effort, with a pattern, should be in the range of 30 minutes. And there is often little to oppose such a warning. With luck, you can shake at the amount of the dispute.

By the way, even for streamers who only test games, in most cases an imprint obligation applies, which results from Section 55 of the Broadcasting State Treaty. A norm that I think many streamers on Twitch probably don’t know.

0 0 votes
Artikelbewertung
Subscribe
Login
0 Kommentare
Inline Feedbacks
View all comments
PrevPreviousSocial media accounts and imprint
NextPurchased reviews on AmazonNext
Information regarding Translations This Blog has more than 750 Blogposts that were posted in German. Thus I decided to provide an automated translation by Deepl.com for all the content. If you find anything awkward, pleas report it through the tool on the left hand side. As a lawyer, I do provide legal consultation in Europe and Germany in English and due to my time in the USA and my job history, I am able to provide contract drafting and contract consultation in business English.