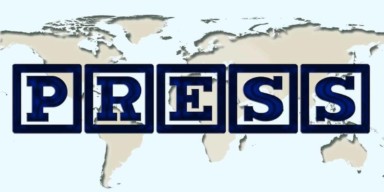 The Karlsruhe Higher Regional Court has ruled that the weekly newspaper “KONTEXT” may temporarily resume reporting on content from private chats. According to the newspaper, a named research assistant of two members of the AfD parliamentary group in the Baden-Württemberg state parliament has made racist and anti-democratic statements and was formerly a member of the NPD.

The employee took action against this reporting with an application for a temporary injunction, with which he sought to prohibit the magazine from reporting about him in an identifying manner and claiming, among other things, that he had been a member of the NPD and had expressed himself in the manner quoted. He claimed, among other things, that the alleged quotes did not originate from him, that they had been subsequently manipulated into the chat transcripts.

However, the OLG considered it sufficiently credible that the chat transcripts submitted in the legal dispute were authentic. Thus, it was predominantly probable for the court that the employee had made inhuman, racist and anti-democratic statements in the manner cited and had formerly been a member of the NPD, as he had stated this himself to various chat partners.

In addition, the court ruled that the reporting had also not been prohibited because the chat transcripts may have been illegally “leaked.” The employee could not credibly show that the newspaper itself committed or commissioned the possible breach of law. Therefore, the pursued information interest of the public outweighs the right to freedom of opinion and media and the protection of the confidentiality sphere of the employee.

The summary decision of the Karlsruhe Higher Regional Court cannot be appealed. However, the employee has the option of having the matter finally resolved by the courts in a main action. The lower court, the Mannheim Regional Court, had still ruled in favor of the plaintiff and issued the requested temporary ban on reporting.

New info on the status of the State Media Treaty