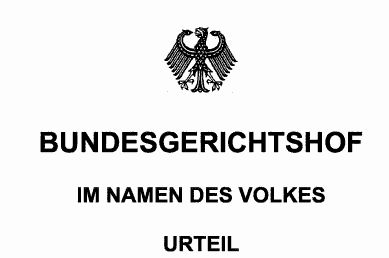 The Federal Court of Justice (BGH) has issued an exciting decision on trademark law.

According to the decision, a new trademark infringement, despite a cease-and-desist declaration with a penalty clause, regularly gives rise to a renewed risk of repetition, which can generally only be eliminated by a further declaration of submission with a considerably higher penalty clause than the first. Such a higher penalty is already inherent in a contractual penalty promise according to “Hamburg custom”. With the possibility of setting a contractual penalty even at a previously unforeseeable amount, it has the necessary deterrent effect on the debtor in the event of a repeat infringement, especially since the circumstance of the repeated infringement must be taken into account in a judicial review of the appropriateness of the contractual penalty.

However, the Federal Court of Justice’s opinion that the conclusion of the cease-and-desist agreement fails in the event that the creditor refuses to accept the declaration of cease-and-desist with a penalty clause vis-à-vis the debtor is also interesting, and that the deterrent effect required for the cessation of the risk of repetition through a (threatened) contractual penalty obligation is then lacking from this point in time. With this ruling, which may be very relevant under certain circumstances, the BGH abandons a long-standing legal opinion. (May 31, 1990 – I ZR 285/88, GRUR 1990, 1051 [juris marginal no. 16] = WRP 1991, 27 – Vertragsstrafe ohne Obergrenze)

Auch interessant:   Do not sign a declaration of injunction? A good reason for this!

The Senate no longer adheres to this case law!

An unfair result with regard to the first creditor can be avoided by the fact that the debtor has the possibility to avoid bearing the costs in case of a judicial assertion of the claim for injunctive relief by an immediate acknowledgement pursuant to Sec. 93 ZPO.

0 0 votes
Artikelbewertung
Subscribe
Login
0 Kommentare
Inline Feedbacks
View all comments
PrevPreviousWhat is the Artificial Intelligence Act?
NextFounding a startup: Which legal form is right for you?Next
Information regarding Translations This Blog has more than 750 Blogposts that were posted in German. Thus I decided to provide an automated translation by Deepl.com for all the content. If you find anything awkward, pleas report it through the tool on the left hand side. As a lawyer, I do provide legal consultation in Europe and Germany in English and due to my time in the USA and my job history, I am able to provide contract drafting and contract consultation in business English.