The 5 rules of interpretation of contracts that everyone should know! 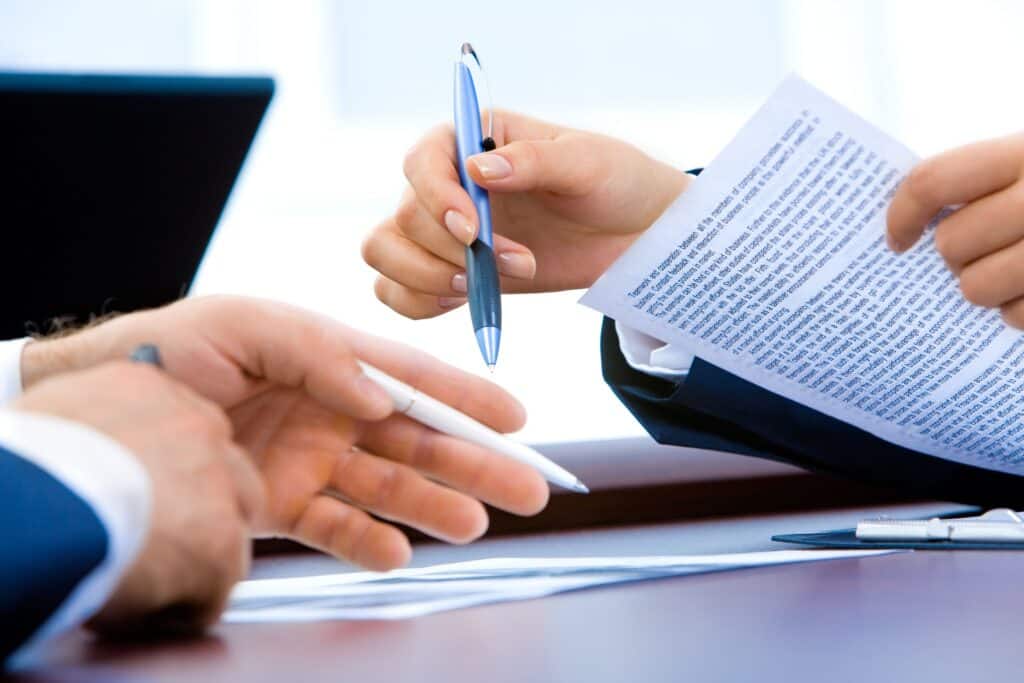 Content Hide
1 Rule No. 1: Doubts should always be at the expense of the user
2 Rule No. 2: Exceptions to the general rule
3 Rule No. 3: The 4 main cases of disagreement between the contracting parties
4 Rule No. 4: If there is no express agreement, the statutory provisions shall apply
5 Rule No. 5: Interpretation according to custom in the industry

Rule No. 1: Doubts should always be at the expense of the user

The first of the five rules of interpretation that everyone should know is the rule that doubts are always to the detriment of the user. This means that a judge will interpret an agreement in the sense that least benefits the party who wrote the contract. The rationale for this is that the drafter of the contract should usually be in a better position to ensure that its intentions are expressed clearly and understandably. In addition, it is usually assumed that a creator of a contract will always formulate it in such a way that it favors exactly the creator. However, this rule does not mean that the person who concluded the contract is automatically disadvantaged. Instead, each clause must be evaluated on a case-by-case basis. For example, if a judge finds that a particular clause is unclear, unintelligible, or has ambiguous meanings, he or she may still interpret the clause in the user’s favor – provided there is no clear indication that this was not the user’s intent in making the clause vague.

It is therefore important for parties when drafting a contract to ensure that all possible doubts have been resolved in advance. This means not only avoiding ambiguity and ambiguity in the wording of the contract – it also means including all relevant information in the contract and using definitions and explanations for terms with multiple meanings.

By the way, if a contract qualifies as a GTC under German law, which is more often the case than many believe, doubts and ambiguities are ALWAYS at the expense of the party who made the contract.

Rule No. 2: Exceptions to the general rule

The second rule of interpretation is: “Exceptions to the general rule must be clearly excluded.” This means that any clause that is an exception to the general rule must be explicitly worded. Otherwise, the general rule applies – even to that exception! An example: “Unless otherwise agreed, our delivery times shall be deemed binding.” It therefore follows that delivery times cannot be extended – unless it is explicitly stated so in the relevant clause. If this is not the case, the contractual partner cannot assert a claim for an extension of the delivery period.

Auch interessant:   BGH: is Adblock dominant as a provider?

Rule No. 3: The 4 main cases of disagreement between the contracting parties

There are four main cases in which the parties to a contract cannot agree on how the contract should be interpreted. These four cases concern the interpretation of the wording of the contract, its meaning and purpose, and also the addition of items not included in the contract.

a) Unclear wording: In this case, the wording of the contract may lead to different interpretations. It is important that when interpreting such an ambiguously worded contract, it is examined whether the wording was the original intention of the parties or whether it has been changed.

c) Addition of points: As a rule, courts will not add missing points unless there is no clear result under Rule No. 4. The reason would be that a judge might otherwise well recognize a so-called dissent and reject claims (or the validity of the contract) altogether.

d) Consensual interpretation: In very rare cases, the parties may jointly interpret a point in dispute. In such cases, they may enter into an agreement in which they record their agreement on the interpretation and mutually undertake to adhere to it. The courts usually accept such agreement as binding and apply it instead of their own decision. So, if you want to avoid contractual disputes or before you make such a deal, you should definitely check thoroughly in advance and formulate precisely what condition is agreed in your contract. This is the only way to avoid misunderstandings later on.

Rule No. 4: If there is no express agreement, the statutory provisions shall apply

It also happens that parties conclude a contract but do not agree on specific provisions on the interpretation of the contract. In such cases, courts apply the statutory provisions. This rule is especially important when parties disagree on the exact understanding of the clauses of the contract. In most cases, this means that courts interpret the wording of the contract and try to determine the intent of the parties. It is critical, however, that courts consider the statutory standards in interpreting them. In case of doubt, a court will consider the statutory intent and try to work this out in accordance with the possible intent of the parties.

Rule No. 5: Interpretation according to custom in the industry

The last point of the rules of interpretation is to take into account the customs of the particular industry. This rule will be applied especially when a contract is not clearly drafted or it is unclear what the parties meant. In such cases, courts will look to generally accepted practices and typical rules in the industry to ensure the proper interpretation of the contract. This can be useful when dealing with general industry standards, for example. Thus, if a contract contains something consistent with standard industry practices and procedures, this can be used as a helpful guide for interpretation. A court will often make a decision in such cases that is consistent with ordinary behavior.

However, one must be careful in such situations: it is important to note that no two industries have the same standards or behaviors. Even within an industry, standards may differ. Therefore, one must always be sure to consider the specific context of the contract and understand the industry-specific terms and terminology before making a decision based on them. Attention to this fifth rule is often critical to successful interpretation of contracts and can help avoid disputes or ambiguities. By familiarizing yourself with common practices in your particular industry and keeping this rule in mind when interpreting contracts, you can ensure that you are always on the right track.

0 0 votes
Artikelbewertung
Subscribe
Login
0 Kommentare
Inline Feedbacks
View all comments
PrevPreviousPlanned legal changes in 2023 in the area of digitization
NextEver heard of it? Cyber Resilence Act!Next
Information regarding Translations This Blog has more than 750 Blogposts that were posted in German. Thus I decided to provide an automated translation by Deepl.com for all the content. If you find anything awkward, pleas report it through the tool on the left hand side. As a lawyer, I do provide legal consultation in Europe and Germany in English and due to my time in the USA and my job history, I am able to provide contract drafting and contract consultation in business English.